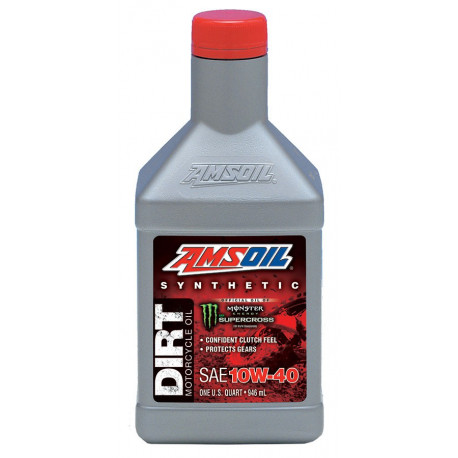 Engineered to deliver the performance attributes most requested by on- and off-track dirt bike riders, including consistent clutch feel. Consistent clutch feel is the result of “friction durability,” so whether deep into a race or deep in the woods, riders can feel confident their clutch will perform from start to finish.

Protects Against Wear
AMSOIL Synthetic Dirt Bike Oil withstands high-rpm operation, extreme heat and mechanical shear. Its synthetic base oils naturally resist viscosity loss and provide a protective film against wear to gears, bearings and pistons. Its anti-wear additives provide an extra measure of protection, promoting long component life to help riders get the most out of their bikes.

23 other products in the same category: